The Medieval Festival in Ibiza

May is a fantastic time to visit Ibiza as the island gears up for the Summer season. The beaches and beach front restaurants are uncrowded, the temperatures hover comfortably around 60-70 degrees fahrenheit (and often many days will peak even higher than this) and there is a whopping 83% chance of a full 12 hours of sunshine a day culminating in the stunning sunsets of Ibizan springtime. One of the island highlights of this lovely time of year is held on the second weekend in May when Ibiza town hosts the annual Medieval Festival (locally known as MedFest)

During this wonderful three-day event, the ancient walled city of D’alt Vila is transported back in time to the Middle Ages, with a fascinating array of market stalls, street performers, live artisan craft workshops and countless cauldrons of bubbling seafood and open-air barbecues scattered along the winding streets of the Old Town. This fantastic event started back in 1999 when D’alt Vila was awarded UNESCO World Heritage Site status. As a celebration of the rich diversity of the island’s history from its discovery by the Carthaginians back in 654 BC, through the Romans, the Gothic era, the Arab Moors through to the Catalans, the festival draws on all these cultural periods to portray the incredible melting pot of influences still prevalent in Ibiza today, in its architecture, its food and its eclectic island identity. 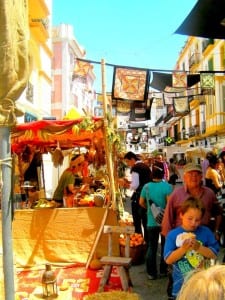 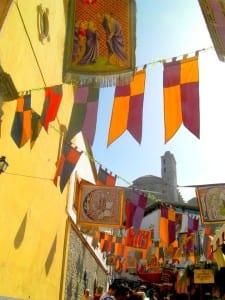 While there is a schedule of events across the festival, which is published in booklets for the event and online on the Town Hall website nearer the date, you can just as easily turn up at any time throughout the day or evening and immerse yourself in it in an ad-hoc fashion. During the day there are street performers and acrobats scaling walls and forming human pyramids in the various squares around the town. There are jousting exhibitions, local island folk weaving baskets beneath the shade of trees, and craftsman carving wooden swords and shields to sell to enthusiastic children who then head off up to the battlements to fight it out amongst their friends! There are fabulous stalls where you can buy traditional, spices, teas, soaps, honey and pastries, plus every imaginable combination of herbs to remedy any sort of ailment or state of  mind you can dream up, including low libido, anger, laziness or greed! As you wind your way up the narrow cobbled streets you might suddenly find yourself corralled out of the way by a flock of geese bustling through the crowds or having to duck as trained falcons swoop over your head.

The evenings at the festival are all about food and music, as the crowds head upwards towards the top of the walled town where a vast space is filled with huge stalls and banks of chairs and tables. The food on offer is pretty much a carnivores delight, with enormous barbecues of suckling pigs, racks of lamb, slabs of beef and huge cooking pots of octopus bubbling away. Musicians playing typical instruments of the era such as lutes, lyres and harps wander between the tables and settle near the battlements overlooking the sea, adding a wonderful authenticity to the experience as you relax with a huge jug of beer and watch the sunset over the view from D’alt Vila, where used to be the look-out for pirates and other hostile invaders of the time.

This wonderful weekend of sights, sounds, tastes and smells should really not be missed if you’re on the island this weekend. If you want to know what to expect, check out this video. 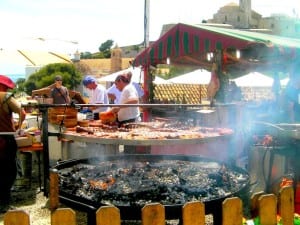 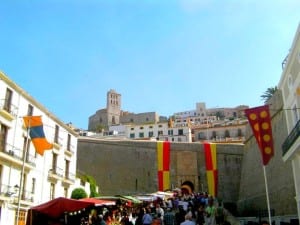 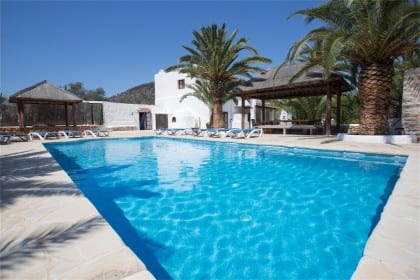 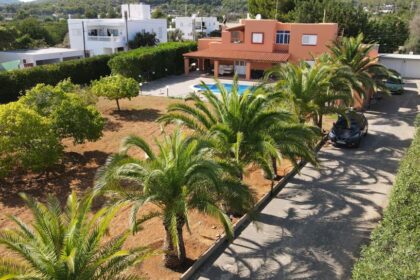 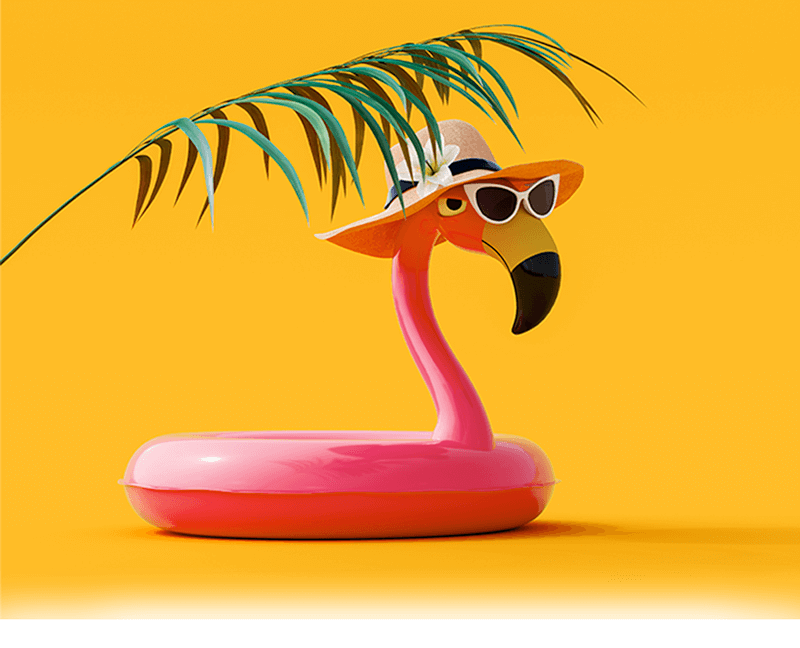 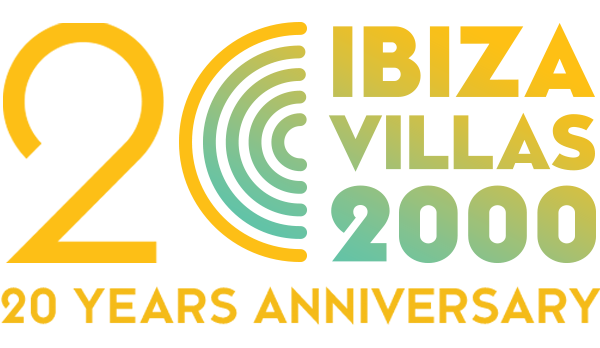